This past week I decided to stray from my challenge a bit and read the second book in the Harry Potter series. I read Harry Potter and the Chamber of Secrets by J.K Rowling. Honestly, i’m a Harry Potter nut. I’ve watched all the movies several times and yet i’ve never read the books. So this week I decided I wanted to make a little more headway on my Harry Potter goal. 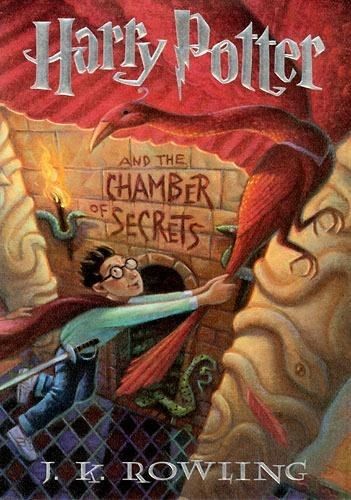 This is the second book in the Harry Potter series. The book starts with Harry in the summer still living with his awful aunt and uncle. Right before Harry goes back to Hogwarts a house elf named dobby tries to warn Harry not to go back this year. Of course Harry doesn’t listen so Harry goes back at Hogwarts with Ron and Hermione. There are strange things happening again this year and the three take it upon themselves to save Hogwarts again. The three unlock the chamber of secrets inside on of the girls bathroom. Inside the chamber harry finds a giant snake and Tom Riddle. Tom Riddle is later learned to be Lord Voldemort.

This is such a great book and would be great for so many children. I definitely think Harry Potter is one of those series that will turn into a classic and be read for years to come.